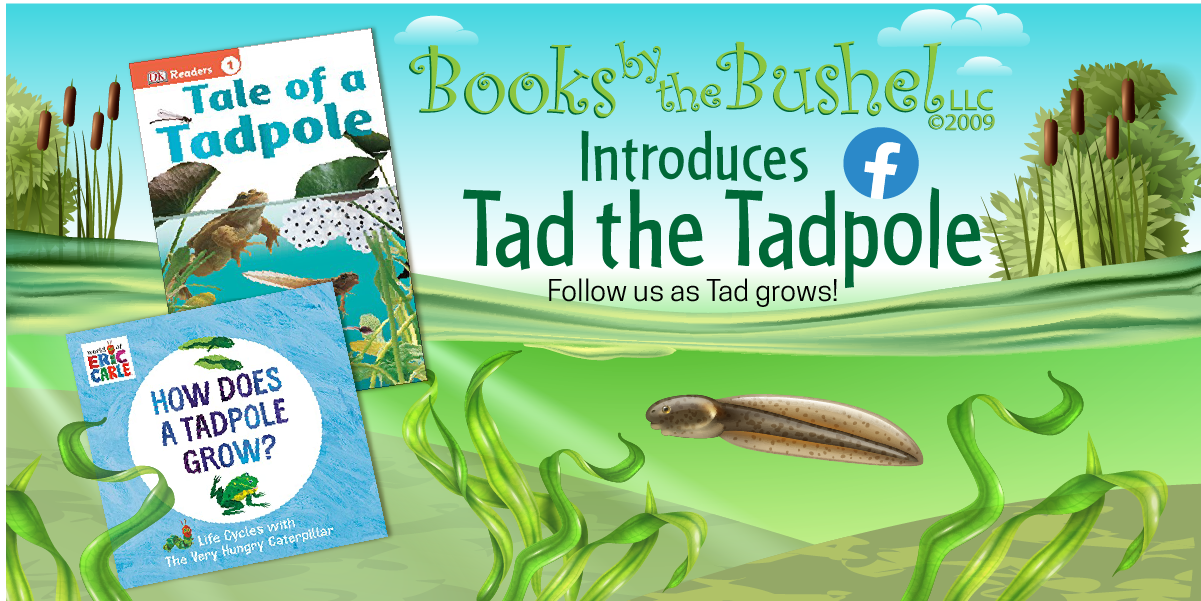 Watch our very own life cycle experience of a Northern Leopard Frog! 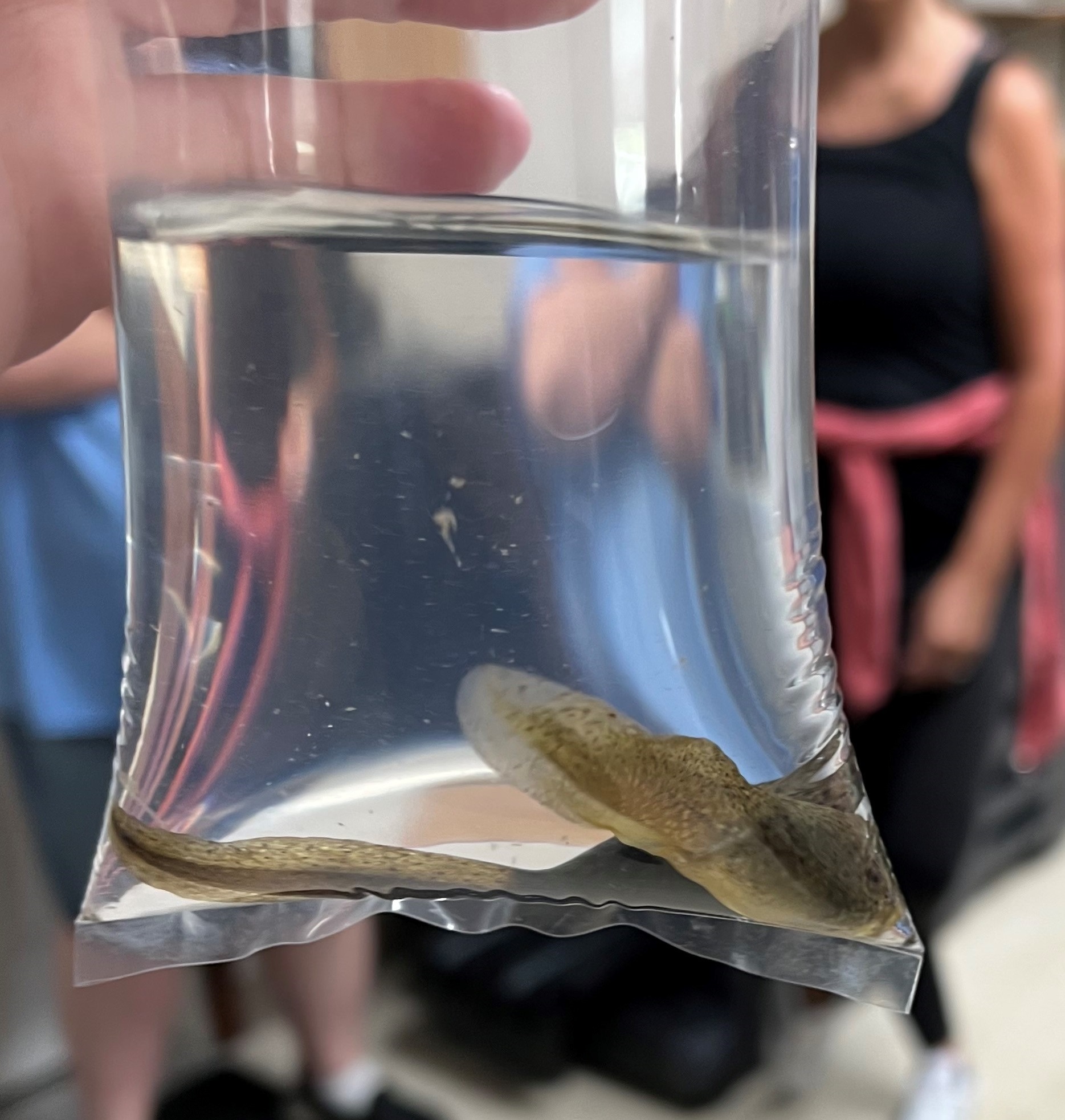 Our Tadpoles arrived! We named them Tad and Gene. We were so excited to watch them change over the next several weeks!

Watch as Tad and Gene are introduced to their new home!

Originally BBTB had purchased two tadpoles, and over a couple weeks, we learned that one was not going to progress the way the other tadpole was. And then there was only Tad.  The BBTB tadpole project was underway as we patiently waited for something called metamorphosis to take place. Originally, Tad would have started as a tiny clear jelly-like egg. Found floating in ponds or rivers. This would have been stage one of the life of a tadpole. Next, a tadpole grows into more of a fish with gills and a tail. Tad would have hatched and swam along the pond edge, looking for algae and plants to eat. Making this stage two of the life of a tadpole.

Within three weeks of having Tad, he had grown in length and started to take more of a frog like shape with a tail, but still no sign of legs. Research said that Tad would develop the back legs first. This would be the first sign that Tad was becoming a "froglet." Once Tad grows his back legs he will be able to leap around instead of just swimming. Tad will also grow lungs and prepare to breathe outside of the water.

The BBTB team had upgraded Tad's habitat to a larger tank with a bubbler, and added a faux rock and branch for Tad to climb up on when the time was needed to take a break and breathe. Tad really enjoys the bubbler! We watch Tad everyday as he swims up to the bubbler and let it twist and twirl his body around.

The day had come that Tad had finally grown a start of a leg! In what seemed like forever, the BBTB team would check on Tad each day, and look for physical changes. One day a team member noticed Tad starting to grow a clear camouflage leg. It was small and tough to see. According to research, Tad was between 6 and 9 weeks old and officially was in the metamorphosis stage. Over the next 4 to 6 weeks, we will observe Tad becoming more like a frog!

Once Tad started "growing" legs, it was a very quick process. Over the course of 4 days, he had grown front legs and his mouth started to change!

During this time, Tad's eyes become more pronounced, his mouth bigger AND his tail began to disappear! He didn't eat during this transition (which we were reassured was normal during this stage!).

Week 12-Tad is officially a frog!

Tad has officially transitioned into a frog! He is trying new food, and, so far, has eaten a grasshopper and a mealworm. Today he doesn't seem too hungry! 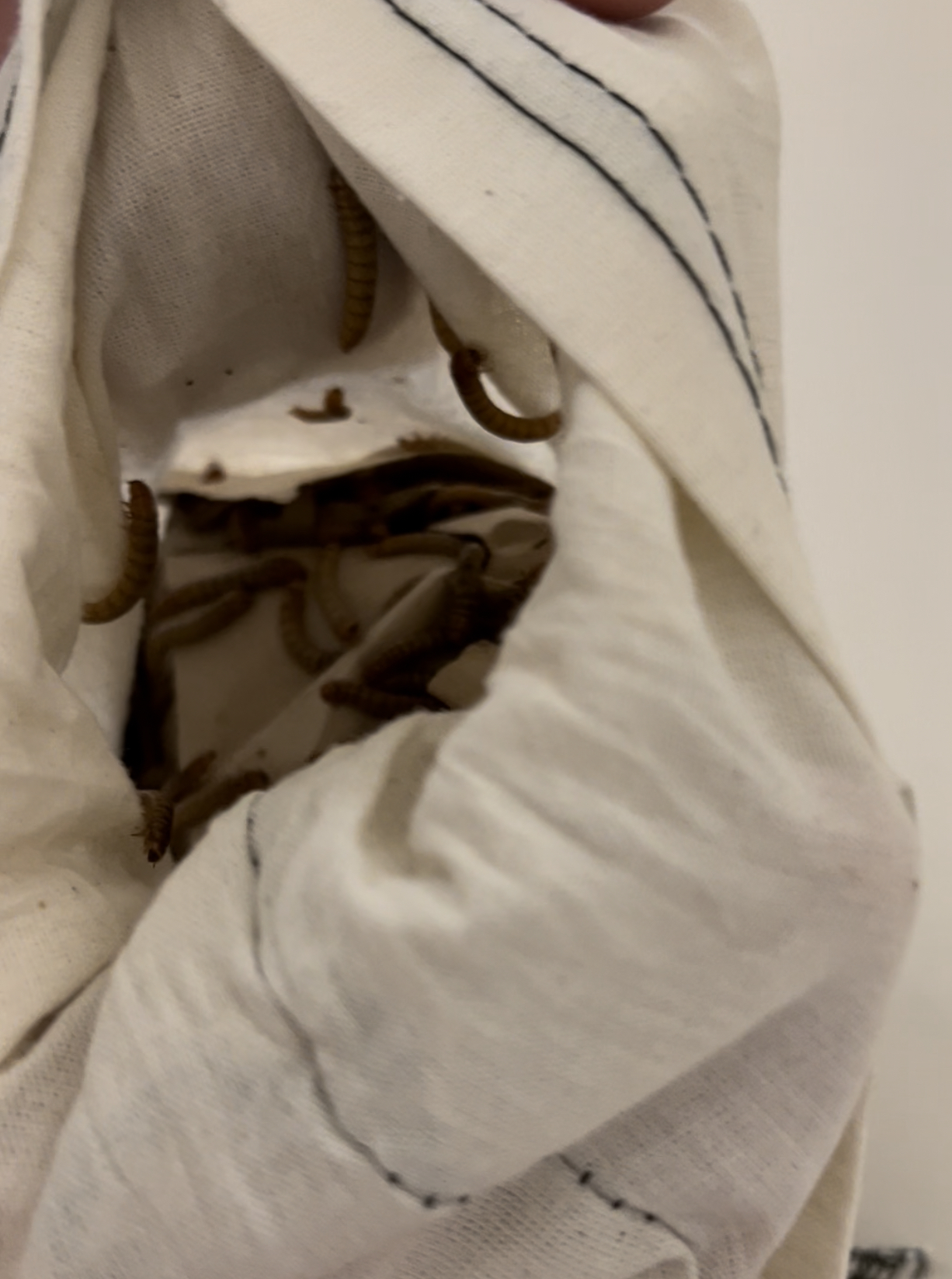 Now that Tad is officially a frog, we needed to update his home environment.  We learned that Leopard Frogs prefer a half land and half water environment.  We also learned that Leopard Frogs are nocturnal (which means they are most active at night), and that Tad loves to eat crickets, wax worms, fly larvae, and earth worms. His average lifespan is 5 years.

Can you find tad in the picture to the right? He blends in well with his new environment! 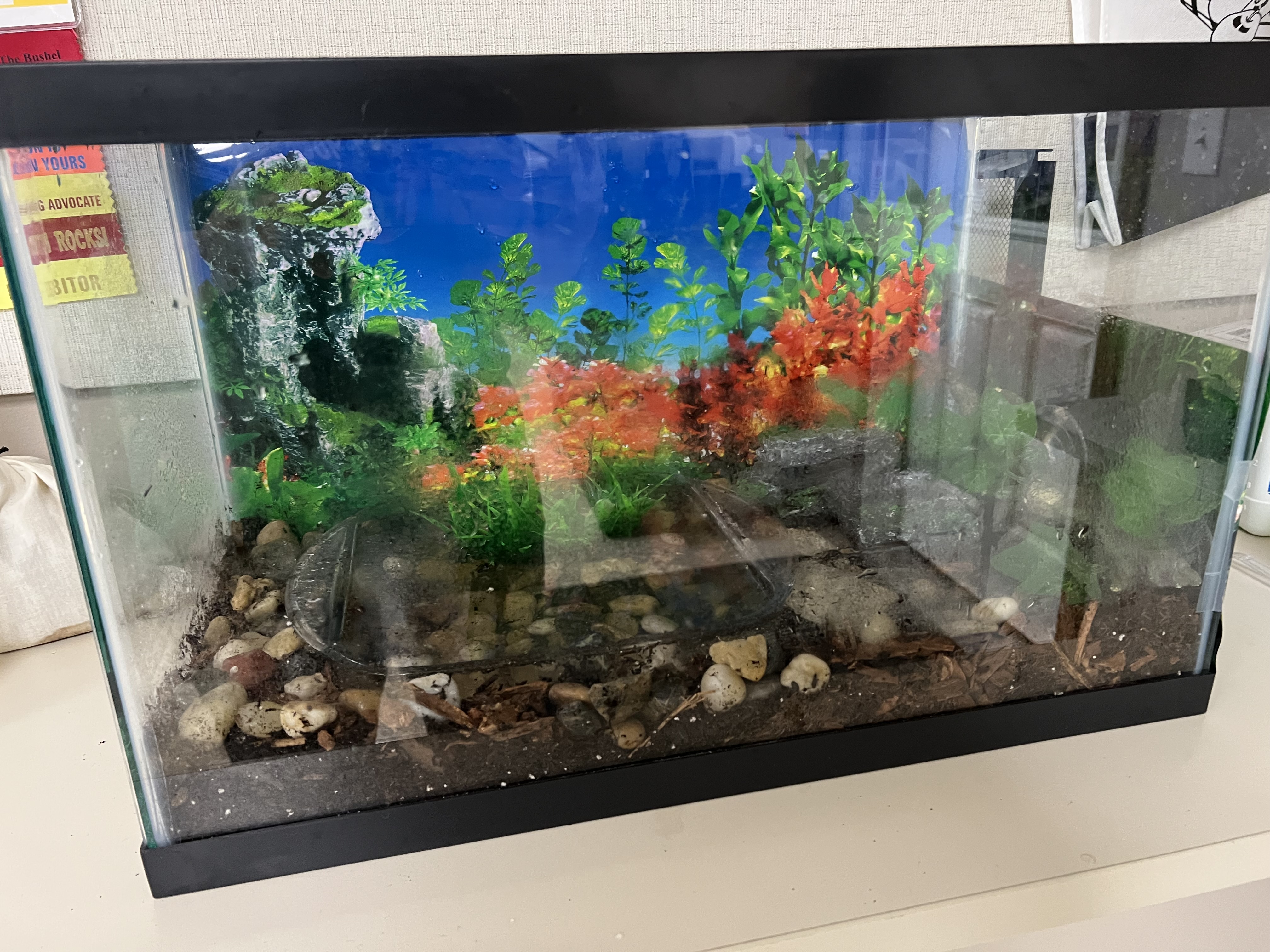 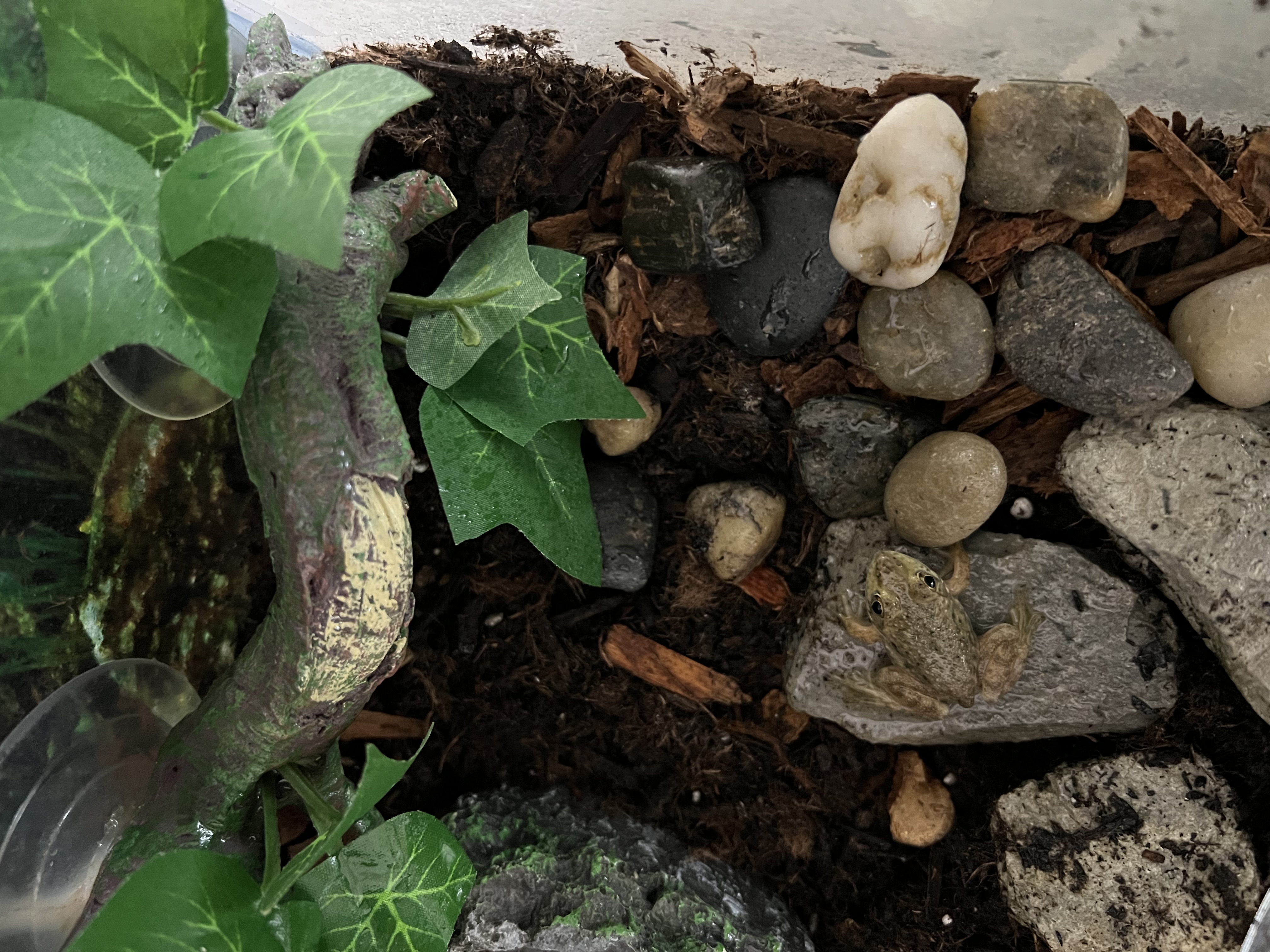 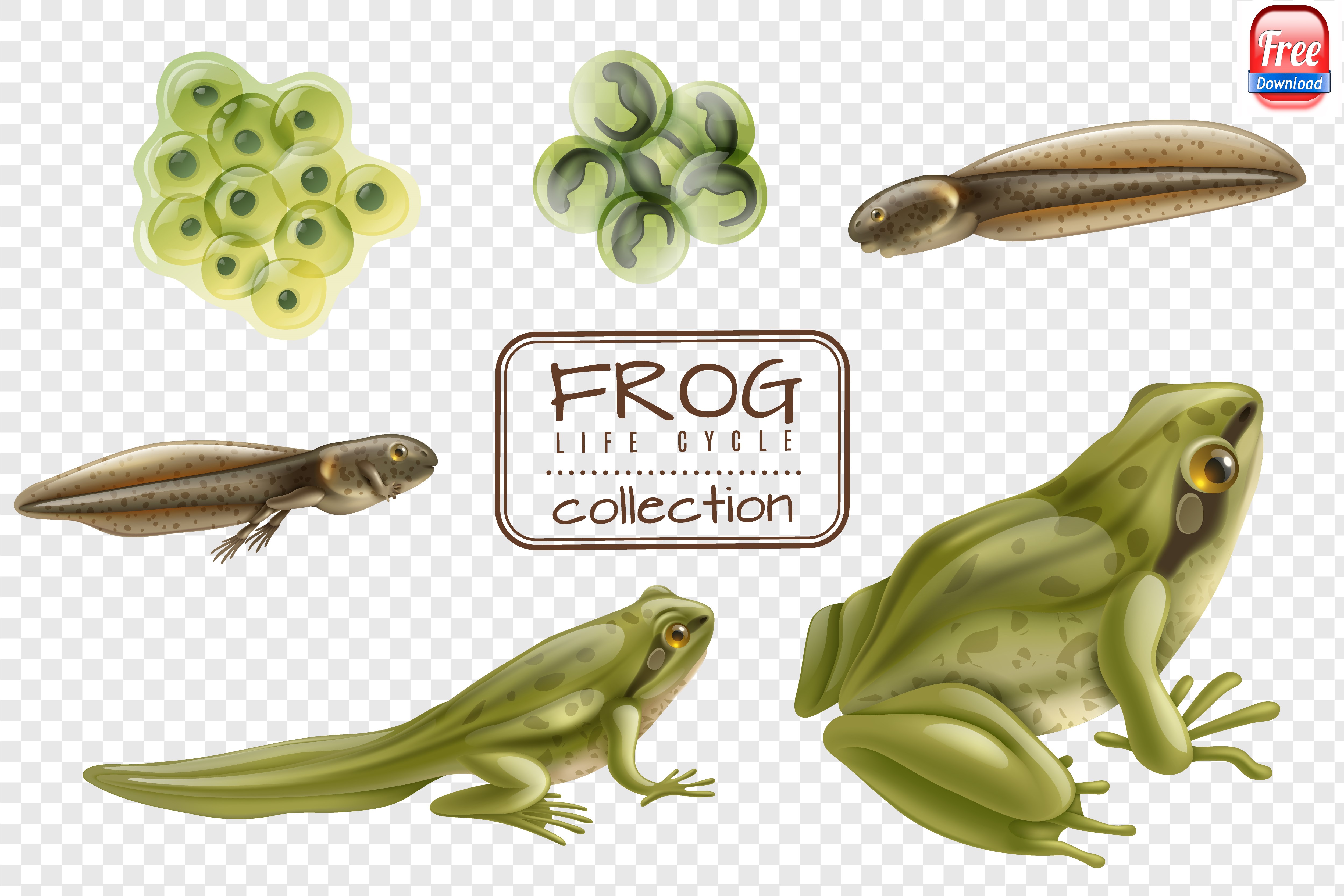 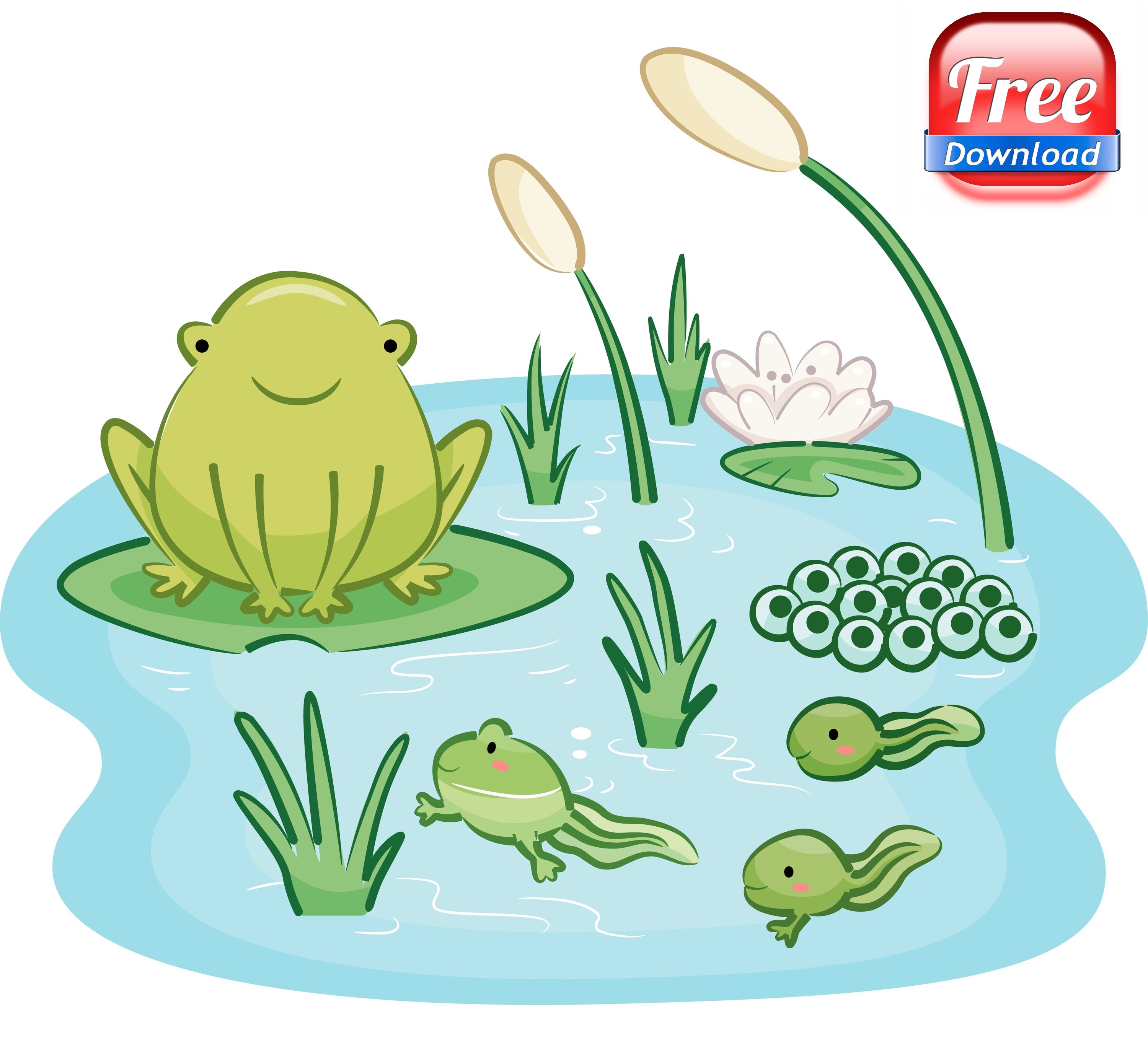 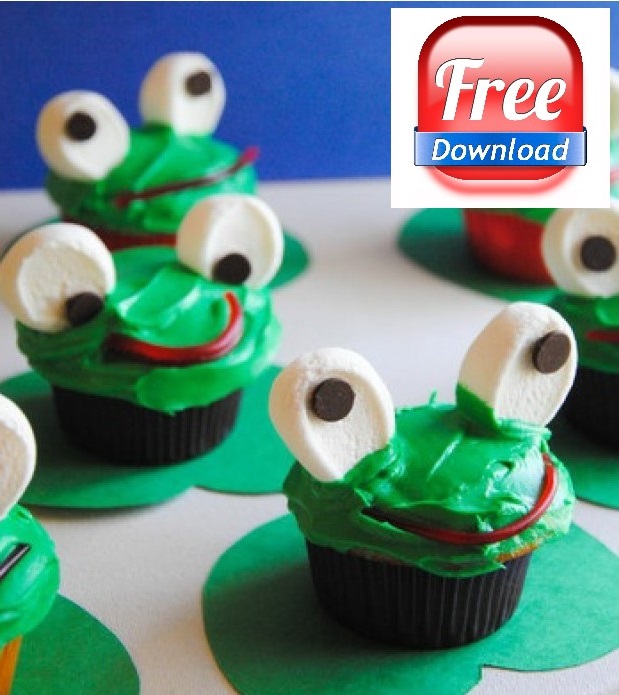 Did you know, we are a Certified Woman Owned Business? 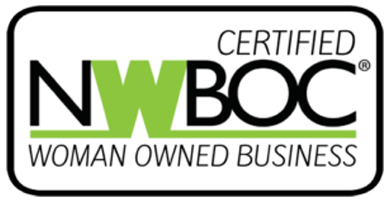